Pashtriku.org, 08. 02. 2016: Blood Libel: Anti-Americanism and Genocide in the Kosovo War is about plan and implementation of genocide against the Albanians of Kosovo and how that genocide was denied and deflected by the Milosevic regime and its supporters in the West. The book discusses the social and historical context that led to the engagement of a number of anti-American intellectuals in assisting Serbian Security Services by disseminating official and unofficial propaganda. These individuals’ motives were embedded in particular political and ideological positions that framed the military intervention designed to stop Serbia’s genocidal policies against the Albanians in Kosovo as an attempt to spread American imperialism in Europe.
Anti-Americanism mobilized communists, socialists, socialdemocrats, and neo-fascists, historians and political scientists, philosophers and sociologists, journalists and publicists, from both the left and the right in the defense of Europe from American imperialism. In deploying this defense, the Belgrade regime and its friends in the West used a number of strategies both before and after the American-led NATO intervention: they denied the genocide, minimized the number of atrocities, forced exile, and murders, and finally, claimed that the Albanians were criminals who had murdered not only Serbs, but their own people. The most insidious of these strategies was designed to divert attention from Serbian war crimes with accusations that the Albanians had engaged in human organ trafficking.
The stories about organ trafficking defied all logic; while accusing Albanians of horrific crimes, the narratives were so unlikely as to be ridiculous. Despite the absurdity of these claims, they were taken seriously enough to result in domestic and international investigations, none of which found any evidence to support them. In spite of the fact that several investigations exonerated the Albanians, these stories are still in circulation among some political groups both in and outside of Serbia.
This scenario seemed familiar. There were baseless accusations of monstrous crimes that defied logic. There were investigations that found no evidence of wrongdoing. Finally, there was the persistence of these stories in spite of all the evidence to the contrary and their use as a justification for racial hatred, violence, and ultimately, genocide.
This was a new setting for an old story. The blood libel is the recurring false narrative that Jews murder Christian babies and use their blood to make matzos for Passover. The accusation was used at various times throughout Europe as a pretext for the torture, murder, and exile of Jews. Periodically, Christian church officials and others would investigate these accusations and dismiss them as unfounded, and yet this accusation was revived wherever anti-Semites found fertile ground, fueling the hatred that made violence possible, palatable, and inevitable, most recently in Nazi Germany.
Students of history are all too aware of the way in which the blood libel was used to justify violence against the Jews. The allegation of human organ trafficking is Kosovo’s blood libel–fantastical unfounded accusations of monstrous crimes, the purpose of which was to distract public opinion from Serbian atrocities and justify a level of violence against the Albanians that defies imagination. The war is over, but the blood libel and other discourses against the Albanians of Kosovo still circulate among some factions in Serbia and in the West. The continued existence of these false narratives has made it possible for many participants in the Serbian plan for genocide to evade punishment and occupy official positions in the new government of Serbia.

Jane Banks, Ph.D. Language editor of the English edition of the book. 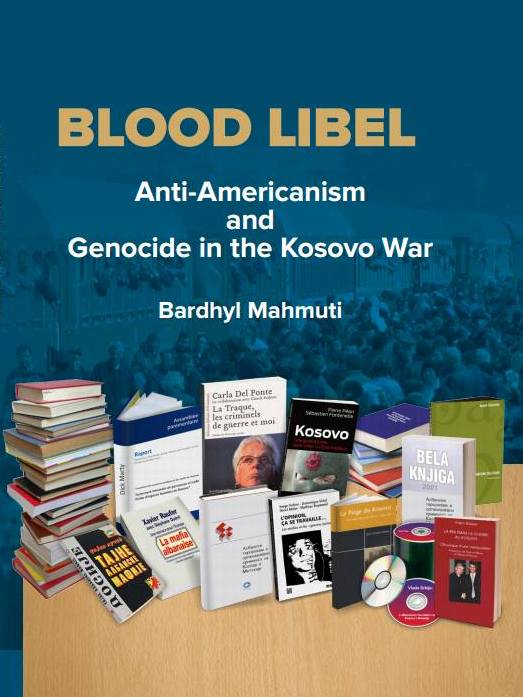 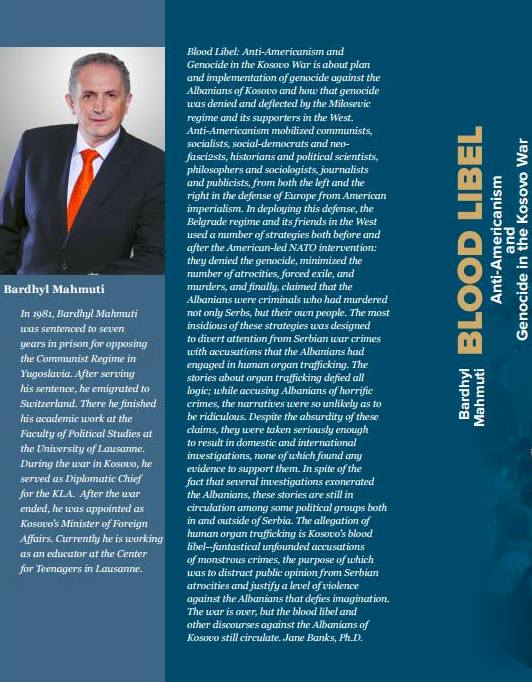 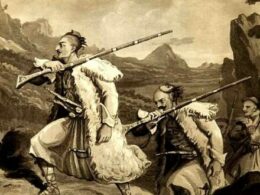