Prishtinë, 20 dhjetor 2019: If the finding is true that history is not dogma, then the modern historical studies, particularly in the process of rewriting the history of the peoples of Eastern Europe, especially the Western Balkan should focus on promoting a spirit of critical facts and concrete data. Through qualitative methods, we as writers of history, open the possibilities of interpreting historical facts, thus always in the spirit of critical thinking that is the way to objectivity, toward a rational approach in the field of critical studies. In this way, study and writing of history helps in advancing the intellectual tools, the open mind which is a prerequisite for the success of each scholar.
American scholar had been right when she said: “The uncovered facts of history do not teach us anything since we cannot differ the important from the unimportant.”1 She is even more decisive in her ascertain, ”The history itself does not provide us with this criterion, however the material of history is crucial to reach a philosophical understanding of man and what he has been.”2 So, “The scientific facts are only data in the context of a scientific theoretical view, would underscore … Karl Popper.”3 More on the topic of discussion, the question is imposed upon us: which is the power of qualitative method in historical studies to demystify, particularly to prevent the presence of myth in history and mythomania as one of the main obstacles in the way of research and scientific study of events and historical developments?
Respectively, why are we distinguishing this aspect of scientific research treatment in historical level? Are we dealing with this theoretical approach just because of the presence of mythical access to certain levels of modern historiography, or, is it necessarily imposed on us in finding and applying the most advanced approaches to research methods in terms of historical studies?
Traditionally, the myth implies a story, a fiction and a fable, something that we do not believe. So according to this sense, the myth is not possible to have something in common with a historical fact, although those who concoct and spread and impose it through articles as something real. Other theoretical understanding about the myth implies that it represents necessarily inevitable part of collective existence. 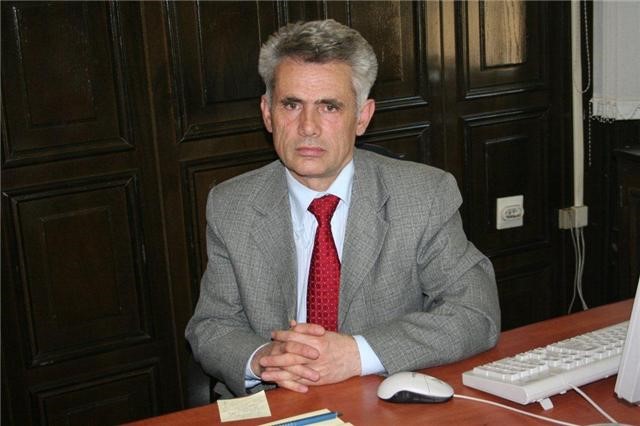 Therefore, it is said that all communities, all nations have myths. Realistically, not only in cultural aspect and its psychology of collectivity, but also politically and ideologically nations believe in their myths.
It is of a great interest to treat the rate of myth’s stability and its reliability within assigned community, because as we shall see in the case of the false Serbian myth of Kosovo, the myth gives collective existence to a temporary dimension. And then the myth, to members of a community instills a speculative pass which although is written on the lies and on speculations creates a picture as if it is original, true and reliable. Otherwise, how can be understood the deep ideological blindness not only of Serbian nation, the first of all of Serbian academic elites who continue to believe and be guided by the false Serbian myth of Kosovo as “the cradle of Serbs!” But “Kosovo Serbs of today … have different backgrounds some are displaced in Kosovo from Dalmatia, from Bosnia or North Serbia”.4 The false Serbian historical myth of Kosovo is directly related to one of the most complex issues of the same myth, thus with the settlement system in the territory of Kosovo.
While, Serbian speculative historiography, politicized and raised on the mythology reinforces the detail of this myth even with other lies and deceptions but on the other hand Western European historiography is very clear: “”Kosovo has not been within Serbian territory of Raska, who has been away on its northwest: Kosovo Serb expansion begins seriously only at the end of XII century”5 Serbian nationalist academic, Isidora Sekulic goes even further in reinforcing the speculative and mythological Serbian myth of Kosovo by ascertaining that, ”Serbia is not a state, it is Kosovo, the Kosova is grave, the grave in which everything is buried, and revival can only come from the grave, because there is no resurrection without death”.6 This positioning of Serbian academics, and recently the same position took Macedonian academics in defending the Serbian mythology made that myth to be verily in the service of aggression of the Serbian state, because:” Glorification of this act (it’s about the murder of Sultan by Milos Kobilic) by writers of the XIX century had noticeable consequences and helped to stimulate the cult of political assassination in the beginning of twentieth century. The vanity of Obilic’s act became magic his raiment”.7 Therefore, Kosovo myth sanctifies the cult of self-destruction, and even its own cynical exploiters may be withdrawn at its logic by not being able to avoid their own tumble.” 8
Myths, as evidenced separately from mythic content of Serbian / Yugoslav historiography with regard to Albanian issue and specifically Kosovo are very satisfactory because they have entertainment value and magic of their messages fabricated by fraud, lies and illusions and are very attractive for the public. In fact, one of the key goals of myths’ fabricators in terms of history is just to impress the public up to euphoria and but simultaneously to convince. The speech and especially the writing had a duty of strengthening the impressive and convincing force, and were focused in the myth as a “thing of miracles”.
On the contrary, the purpose of science, even in terms of historical studies was and is, to establish the truth and raises based on, first of all, in the arguments, facts, in the so-called logical and critical intelligence and always to remain independent as much as it is possible. Although, even Plato didn’t deny the power of mythology and then himself explained his philosophical theories (as he did with the myth of Prometheus in the myth of Protagoras and Wind) in the tenth book of the Republic had used myths.
Perhaps, Greek philosopher had been right when he concluded that those who seek “real truth” were not realistic.
This also because the myth is imagined story about the past, that is a misconception which is related to the world of illusions, with the techniques of fraud, with creation of fraudulent and speculative convictions. The myths really do not show anything educational for the rules of society, the reality, so as such they belong to areas of illusions . In the field of political history, history that is written using the myths, as the majority of Serbian historiography myth is “a living reality.” Otherwise, how could we understand, for example, Serbian myth about the Battle of Kosovo (1389), a Serbian battle lost to the Turks which was written as a Serbs’ victory.
Analyzed from methodological prism appears that, even in the case of the Serbian myth of the Battle of Kosovo and Kosovo in general, it’s proven that the function of myth is to spread the “metaphysical truth.” And, it is quite unimportant if people believe or not in the irrational contents of myth. Perhaps, the scholar Bronislav Malinowski evaluates it rightly in his book, Myth in Primitive Psychology, where he says that, “Every faith creates its own mythology.” 9
The false Serbian myth of Kosovo rose to ideology, then the ideology to politics, afterwards the politics turned into history and thereafter the Serbian history turned to mythology again raised in nationalism hegemony, which is causing wars in the region for a century.
The ideologicalized Serbian propaganda, and conducted and spread through Serbian false myth of Kosovo continues to be in service expansionist policy of the Serbian state.
Agim ZOGAJ / PHD / University of Prishtina
__________
1 Jill Lewis, Studimi Akademik / Lexime dhe Strategji, Qendra për Arsim Demokratik, Tiranë, 2007 f. 526.N.B. I’ve used Albanian translation of Jill Lewis’ book Academic Literacy: Readings and Strategy.
2 Ibidem
3 Prof. dr. Aleksandër Kocani, Metodat e Kërkimit Sociologjik, Tiranë, Universiteti UFO, 2007, f. 13
4 Noel Malcolm, Kosova një histori e shkurtër, Prishtinë/ Tiranë, Koha&Shtëpia e Librit, 2001, f. 11. Kosovo: a short history.
5 Ibdiem, f. 26.
6 “Zëri”, 26. 06 . 2008.
7 Ibidem.
8 Ibidem.
9 Bronislav Malinowski, Myth in Primitive Psychology, New York, 1926, pp. 11-17.
***
(Ky studim është botuar në revistën, Globalia Magazine)